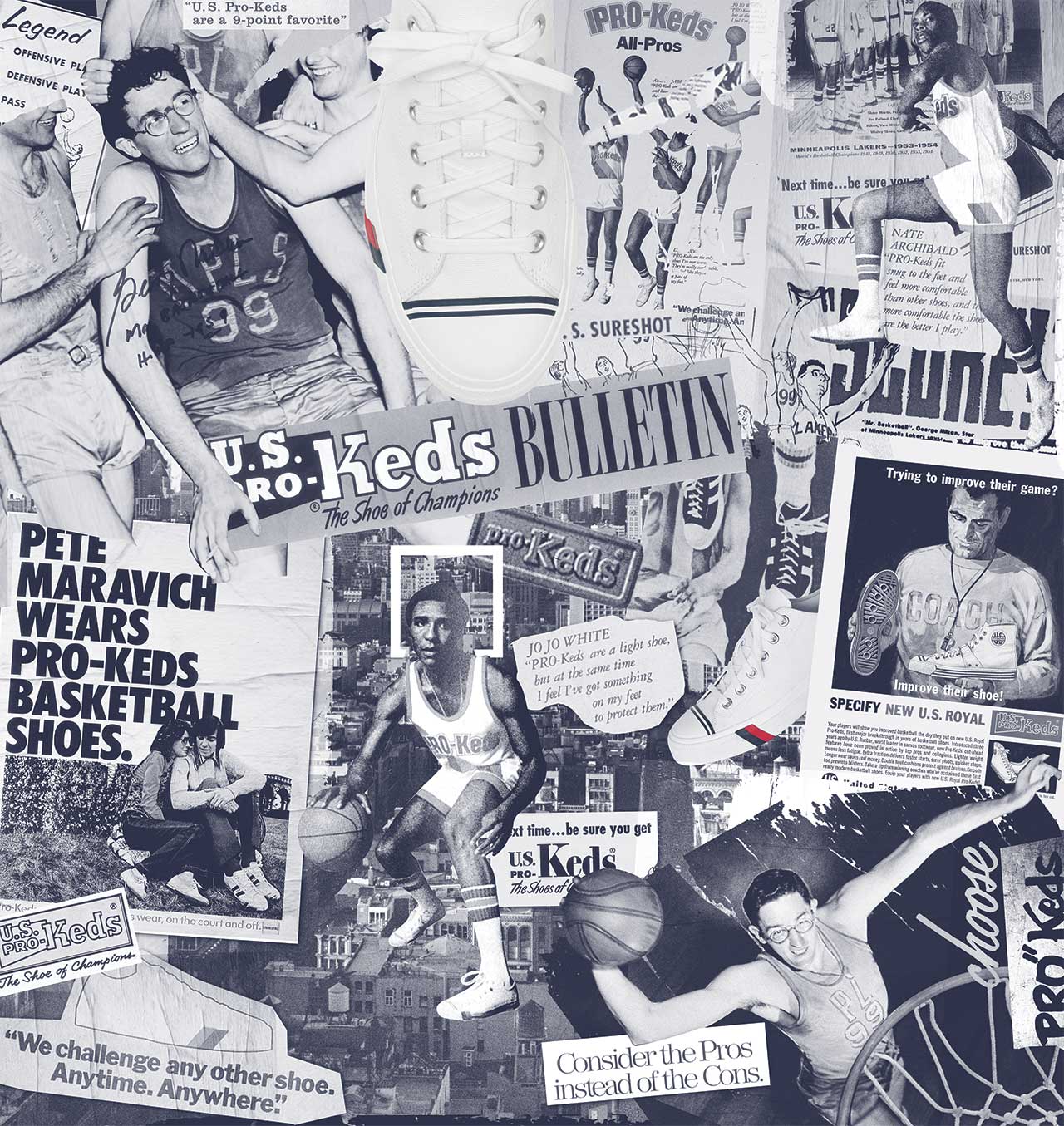 The year was 1949. The war was over. There was a sense of optimism, a feeling that you could do anything, as long as you put your mind to it. It was at this pivotal moment that PRO-Keds was born to challenge the status quo.

PRO-Keds was introduced to the world by George Mikan, basketball's original Big Man. Mikan's formidable style of play challenged the fundamental concepts of the game - so much so that the rules were changed because of him. And his challenger spirit brought results: PRO-Keds took Mikan and the Minneapolis Lakers to five NBA championships in the 40's and 50's. The team is remembered as much for its humility and integrity as for its dominant victories.

Soon, other athletes assumed the challenge. Nate 'Tiny' Archibald, Jo Jo White, Joe Theismann, 'Pistol' Pete Maravich, and Johnny Bench all helped forge the brand's tenacious character during the 70s and 8O's. They proved PRO-Keds was a way to question the choices of the mainstream, and did so with timeless style.

In the decades that followed, PRO-Keds became a symbol of quiet confidence, a conviction that simplicity is the purest form of sophistication. From stadiums to playgrounds to city streets, PRO-Keds were worn by athletes, musicians, artists, style icons, and cultural innovators. Individuals who knew they didn't need to shout to be heard. For them, to change the world simply meant rising to the challenge.